A new born manta ray has been observed at German Channel. The new baby born manta, named Eddy (M73), was suspected at first to be the baby of Mechas (F1) who was last time seen pregnant in December 2012. However, few days later, Mechas and Romana were both seen pregnant at German Channel. So, Eddy's mother is still a mystery! Indeed, as soon as baby Manta rays are born, they have to look after themselves, find their own food and hide from sharks that try to eat them. They stay around reef channels until they are large enough to go out into open ocean, unfortunately by staying around they risk to be caught by fishing hooks like what happened to Eddy who already has some marks on his belly. 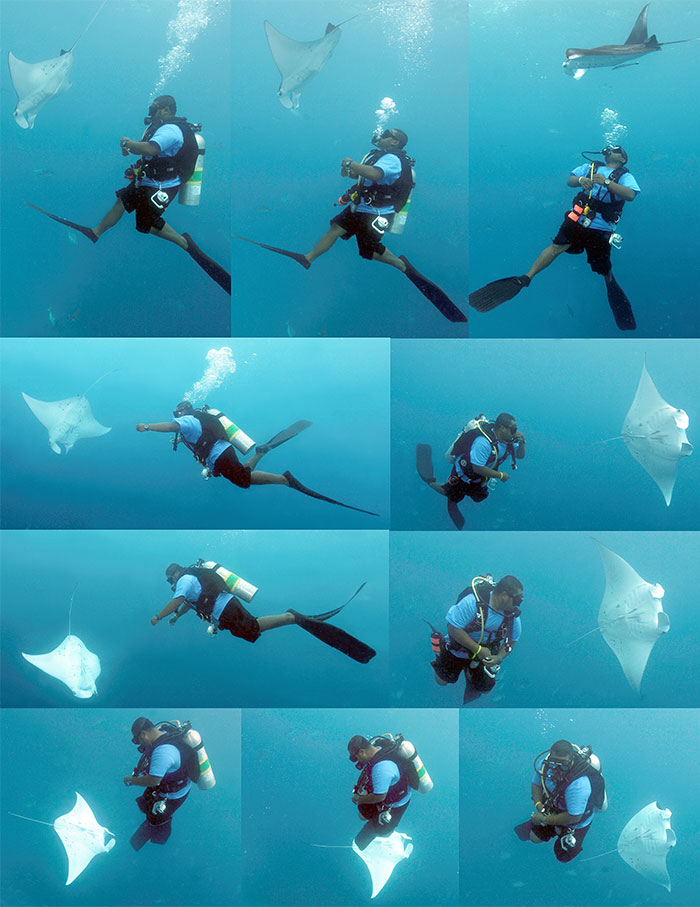