After the Storm, Comes the Calm

During typhoon Haiyan all concerns were not only on Kayangel, the area where the eye of the typhoon passed, but also on Ulong and Ngemelis, the two main diving areas of Palau.

The December 2012 Typhoon Bopha, with its strong winds coming from the south-east,  damaged  the east diving zones of Palau which will take several years to recover. This time, with winds coming from south west, the concerns were for Ulong and Ngemelis during Haiyan, but fortunately, after underwater and aerial inspections, both areas haven't been damaged and the underwater visibility and marine life have remained intact.

Below are pictures of Kayangel before and after the typhoon. 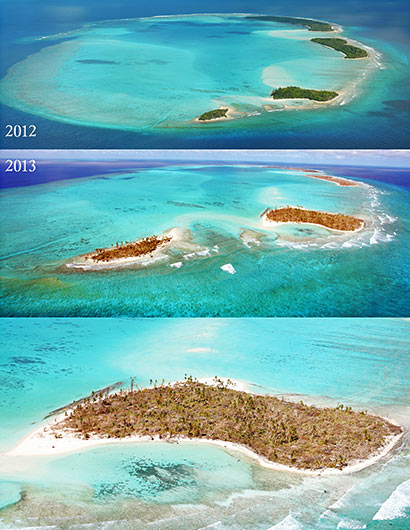